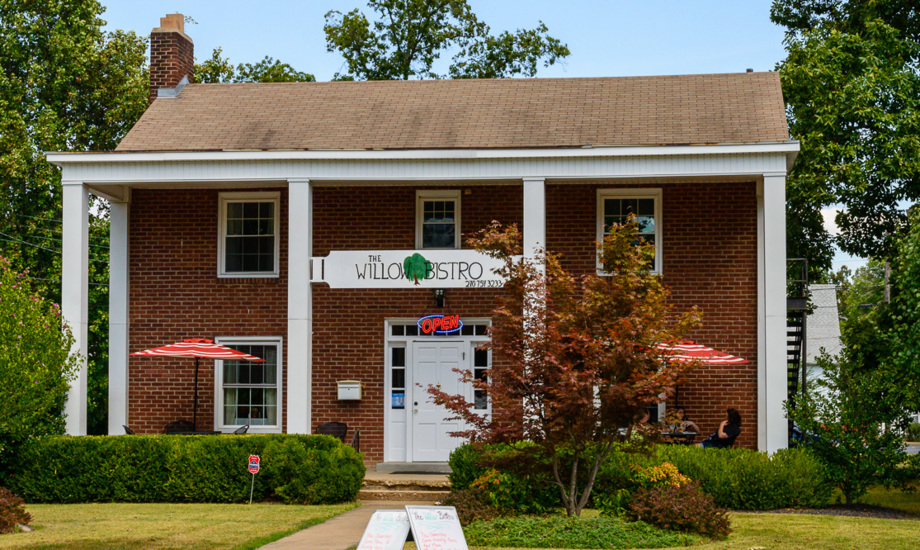 Breanna and Quique met in New York City in 2010 in a restaurant that they both worked in. They would prepare the food and he would deliver it to the hungry New Yorkers. They soon became friends and later married, sharing many interests, one being a love of good food! They dreamed of one day owning their own restaurant together.

When their son Oliver came along, they felt their tiny New York apartment wasn’t the right fit for them anymore. So, they decided to move to Breanna’s hometown of Murray.  Shortly after, they became aware that the local international restaurant “Gloria’s” was for sale.  Jumping at the opportunity, they excitedly purchased the unique eatery.

The building was built in 1929 as a house by Price “Pop” Doyle, after whom the Fine Arts building is named. The building, though no longer a home, still houses a family.  We hope you enjoy your meal, from our family to yours.

Get Social With Us

Recommend this page on: